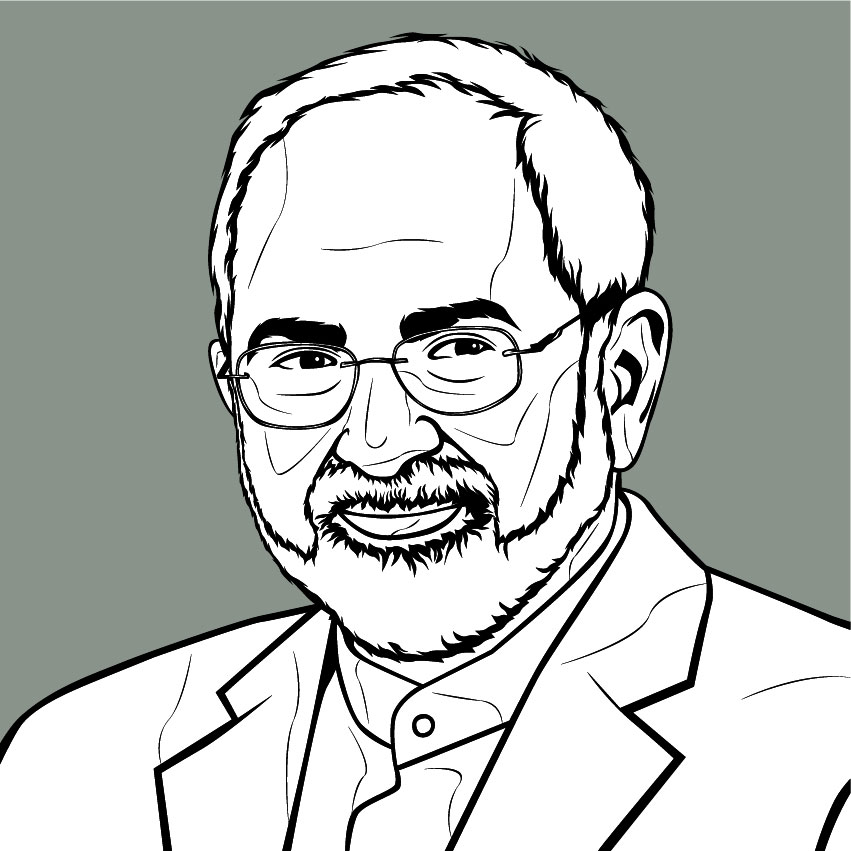 Mohammad Javad Zarif is one of the Islamic Republic of Iran’s most familiar and controversial figures on the global stage. He was born in 1960 to a conservative and religious family and went to the Alavi School. Before finishing high school, he was sent to the US at the age of 17 in 1977. He studied computers at Drew College Preparatory School in California but switched to international relations at the University of Denver and received his PhD in international law in 1988. His work as a diplomat started soon after the Iranian Revolution. As he said, he was involved in the Resolution 598 negotiations that ended the Iran-Iraq War. His formal role as a diplomat started in 2000 when he was appointed Iran’s ambassador to the United Nations, which gave him a chance to build relationships with American politicians such as senators Joe Biden and Chuck Hagel. He organized a group of informal lobbyists who worked for him in the negotiations between Iran and 5+1. This was the period when reformist president Mohammad Khatami was burnishing the Islamic Republic’s reputation internationally. Zarif’s mission ended in 2007 when the radical Mahmoud Ahmadinejad succeeded Khatami as president of the Islamic Republic.

Zarif reentered the political scene when Hassan Rouhani became president in 2013, appointed as the first foreign minister of the Islamic Republic who had actually studied international relations and international law and served as a diplomat. The Joint Comprehensive Plan of Action (JCPOA) in 2015 was Zarif’s great achievement, earning him respect across Iranian society. At the same time, however, Zarif was gradually losing popularity as he publicly denied the political problems within Iran. In an interview with US talk-show host Charlie Rose in April 2015, he said that there were no political prisoners in his country. Responding to an Iranian journalist’s question about why there was such international pressure on Iran, he said that it was “because we have chosen to live differently.” Zarif’s words sparked a wave of protest on Twitter, centered around a hashtag translating as “we don’t choose.” In an interview with Etemaad daily in 2021, Zarif acknowledged that “I am the representative of the state and have to defend all the state policies even if I don’t believe in them.”